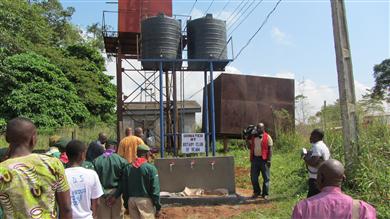 The District Governor , Rotary International District 9140, Rtn Buchi Onuoha commissioned a Borehole project carried out by the Rotary Club of Benin at the Ogba Scout Camp in Edo State. The Borehole is mend to serve the camp and environs with clean water safe for drinking, washing, cooking e.t.c. The President, Rotary Club of Benin, Rtn Usen promised that the project is going to be sustained by making sure it is well used and maintained. The project came to the community at a time they needed it the most.