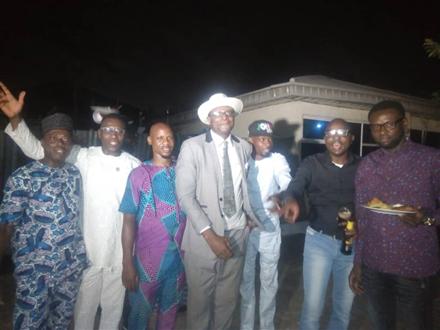 The rotary club of Benin held it’s end of year family of rotary celebration with pomp and pageantry as very eminent people in the society were in attendance including Rotarians family and friends. There were plenty to eat and drink as Rotarians and their family danced to the melodious music from the disc jokey of the day. Souvenirs were also distributed to all the attendees. Equally on hand were comedians who made adults and children alike to laugh their hearts out .There were photography and video recording of the event. The President declared the ceremony opened with his well written speech followed by Goodwill messages read by PDG Eddy Ipkonmwen. It was indeed a night to remember.