Observation of the funeral service of RIPE Sam Owo 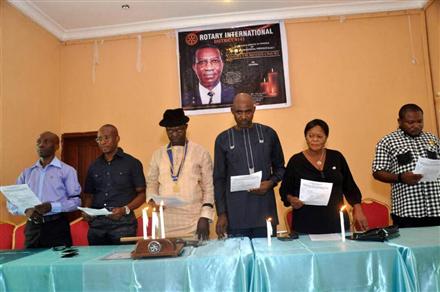 Observation of the funeral service of RIPE Sam Owori on the 26th July 2017 in Benin city.

The demise of late RIPE Rotarian Sam Owori came to the Rotary global Family as a rude shock. The Funeral was organised worldwide and Rotary club of Benin participated fully. The event was actually hosted by Rotary club of Benin for the Nine Clubs that makes up Rotary International District 9141 Zones 2 & 3.