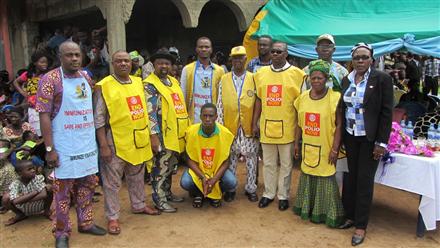 The Rotary Club of Benin in partnership with the Edo State government flagged off campaign to kick away polio from Edo State. The governor advised parents to make sure they vaccinate their children in other to eradicate polio entirely from the state in particular and the nation in general. Present at the exercise were the Governor of Edo State, the commissioner of health Mrs Cordelia Aiwize and Rotary Club Members. High point of the event was the immunization of children in the community against Polio.