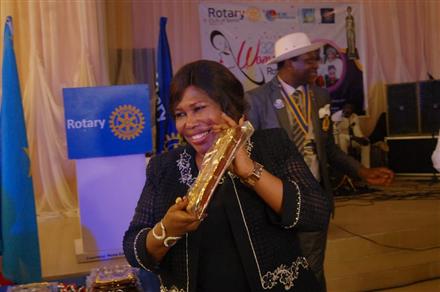 Rotary club of Benin celebrated the 32nd year anniversary of women in rotary in grand style.

The Rotary club of Benin for the very first time celebrated the 32nd year anniversary of women in Rotary in the district with very eminent female Rotarians and great women in the society being given awards of excellence having made a great mark in the society.It was a very colourful event as the first female district governor aand club president in the country were given awards of excellence. The chief judge of Edo state Hon. Justice Esohe ikponmwen was also decorated by the District Governor who personally presided over the ceremony.