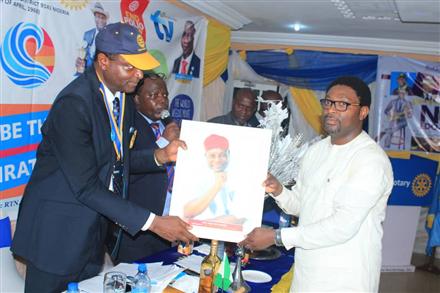 Rotary Club of Benin President had his birthday party during the fellowship to raise funds for polio.

The President of rotary club of Benin had his birthday party during fellowship that attracted almost all club members who were in attendance to celebrate with the president on the ocassion of his birthday and to raise funds for polio which happened to be an appreciable sum of one hundred and sixty thousand naira realised. There were plenty to eat and drink as expected. 160,000 Naira was raised for polio.