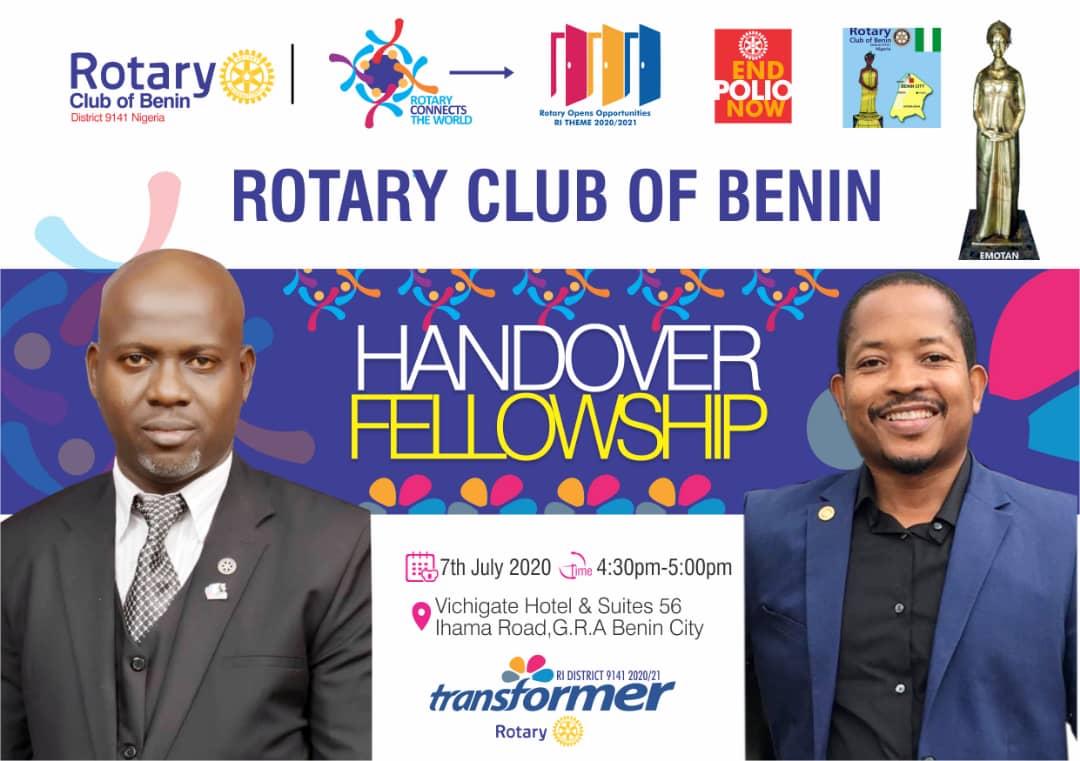 Agbonayinma Osa to Rtn, Hussein. Oshiobugie as the new President of the club.

The event was attended by dignitaries from various sectors. Rotarians turned out in mass to witness the memorable day as the immediate past President handed over the mantle of leadership to Rtn, Hussein. Oshiobugie. This even was held at Vichigate Hotel & Suites 56, Ihama Road, G.R.A Benin City.