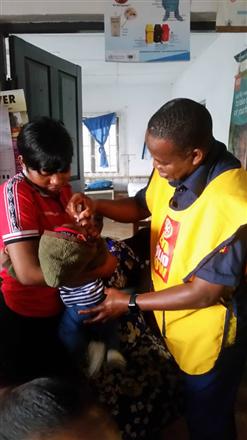 Rotary club of Benin carried out an immunisation exercise and health talks in one of the city’s primary health care centre on the 29th of August 2018. Over 30 babies were immunised and equally given an health talks on the essence and need for regular and timely intake of immunisation for babies and young children. The need to keep our environments clean and the habit of regular hand washing were equally stressed by us .The health talks were done by the medical team in the club that formed part of the visit. It was very successful as most patients questions were freely answered. Two weighing scales were equally donated to the state primary health care provider which has its address on sapele road Benin city.