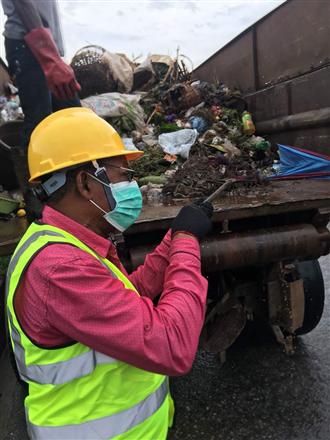 Rotary club of Benin carried a out a massive sanitation exercise in conjunction with members of the local government authority in one of the busiest markets the oliha market in Benin city. The market women were asked to bring out their various refuse to a collection point which were carried in addition to the ones designated to a location point much to the delight and great relief to the women and users of the market. The club eventually gave out some of its branded T-shirts to some of the market women as souvenirs to mark our visit and assistance to them in their heaps of refuse evacuation. The market stalls became very clean again after the exercise.