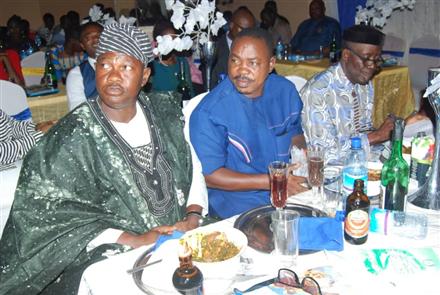 The Rotary Club of Benin recently organized the best and most successful rotary foundation fund raising dinner which also featured Christmas carols and jazz music. The executive governor of the state was ably represented by one of his commissioners. It was indeed a rotary foundation fund raising night to behold. It was televised by two local television stations. A total sum of 12,000 dollars were raised by way of cash and pledges…Awards were equally given to very deserving personalities in the society who have made and continue to make their mark in the society. Equally in attendance were rotary club presidents from other zones and district.